here’s another massive update showing what I’ve been working on since last update.

First of all a couple of environments with Japan as the main theme though not connected because the first one is in the feudal time and the second one some sort of post apocalyptic scenario in a very near future inspired by, The last of us and the backgrounds you see in some anime movies. I painted the second one after the studies I posted in the last update and that allowed me to learn a lot. 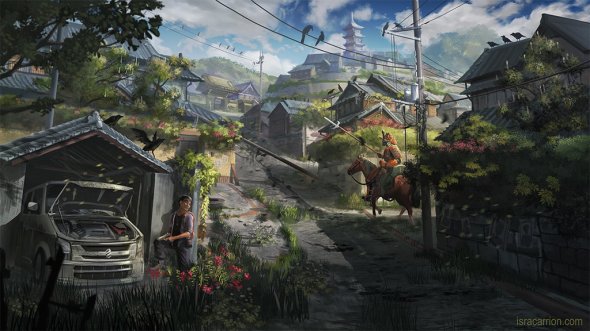 In the previous update I mentioned I was working on something for my friend Jonathan’s IP ‘RAIJIN’. For several reasons I had to put eat over and over again on stand by but I was able to finally finish and I can’t be happier with the result. Remember to check his stuff on his page. 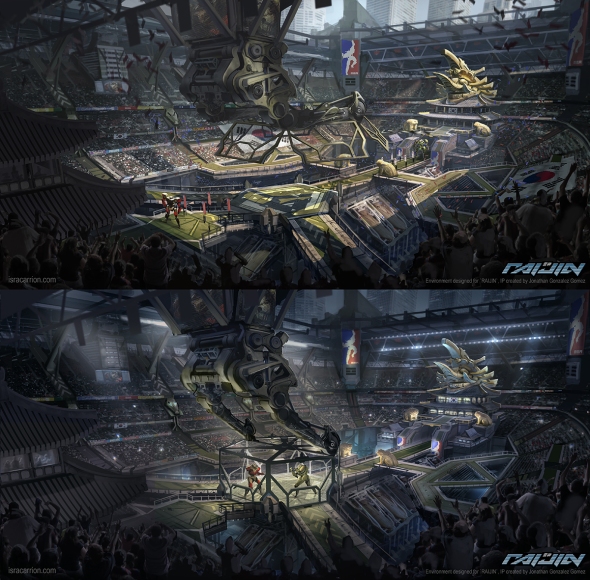 These are the thumbnails I painted to establish the shot. 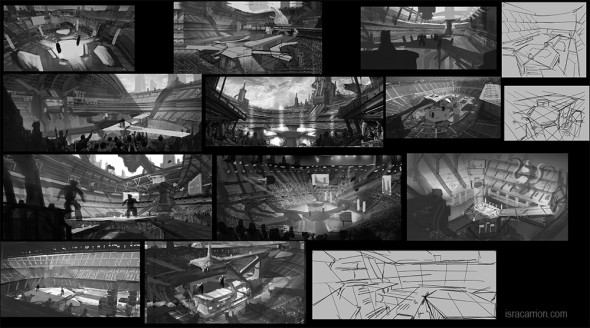 And another personal piece for the portfolio, painting a spaceship for a spitpaint I realized it’s a subject I didn’t cover in a long time so I decided to take some time to paint one properly. 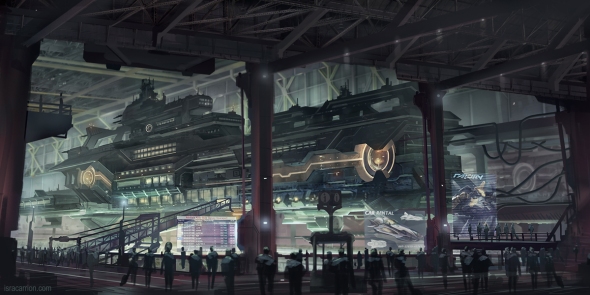 This is some freelance work I’ve done for IHMAN 3D School, a couple of set of designs for their courses. They are a spanish online school and I might be teaching there in the future, which is quite exciting, but right now I have other priorities since I’d like to get more concept art freelance work or even moving for another in-house position. Wouldn’t mind going back to the UK for the summer. 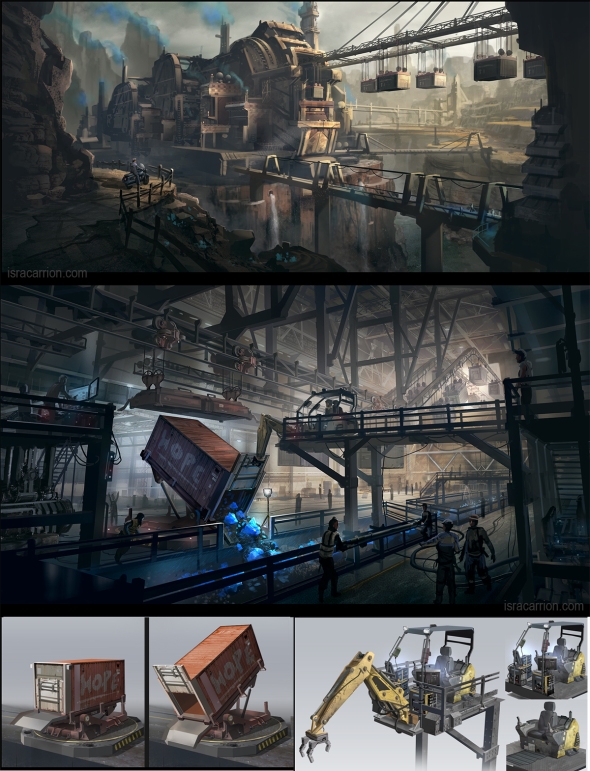 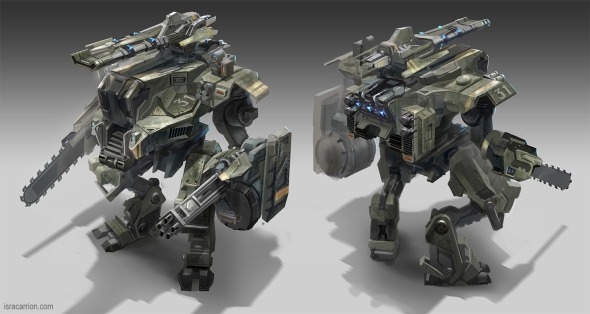 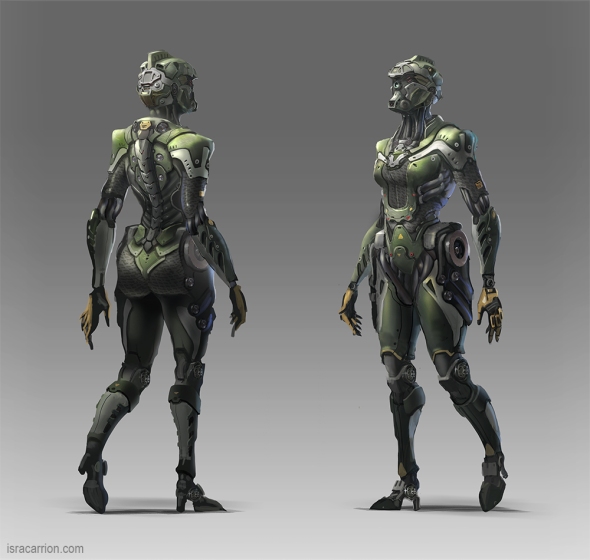 I promised my friend Emerson a few months back I would be drawing more mechs “soon” but for some reason or another it took me quite longer. Inspired by his drawings, or all the ones I see in the many japanese books I have I started drawing some and adding this quick shading first thinking because it was cool and made them easy to read but I was actually hiding some weak points.

I then drew a few more and even not just mechs and I started what I’m happy now to say it’s a habit of drawing one line sketch everyday. Here are some I already showed, but there are many more, thought you will have to be patient because I’m thinking of something special for them. 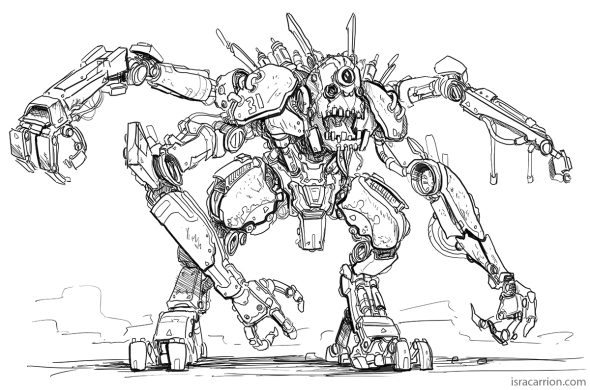 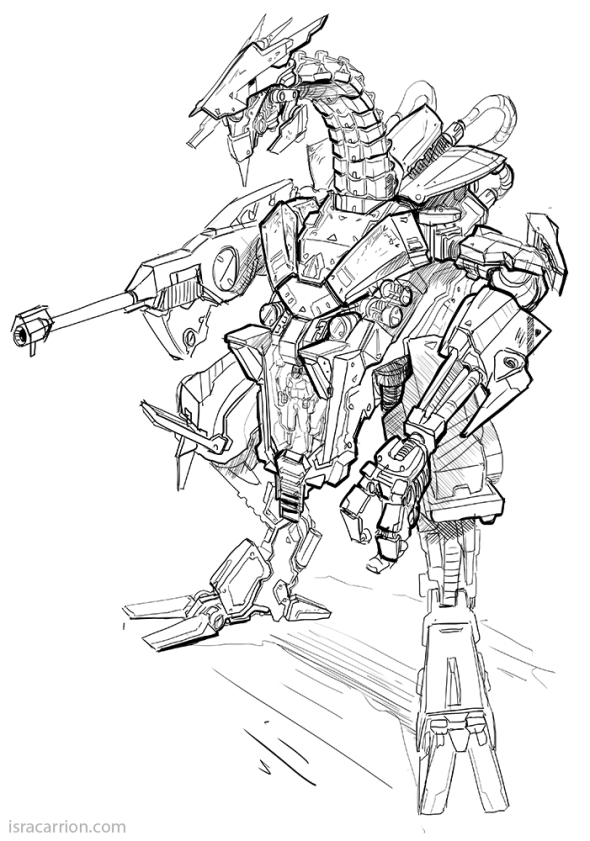 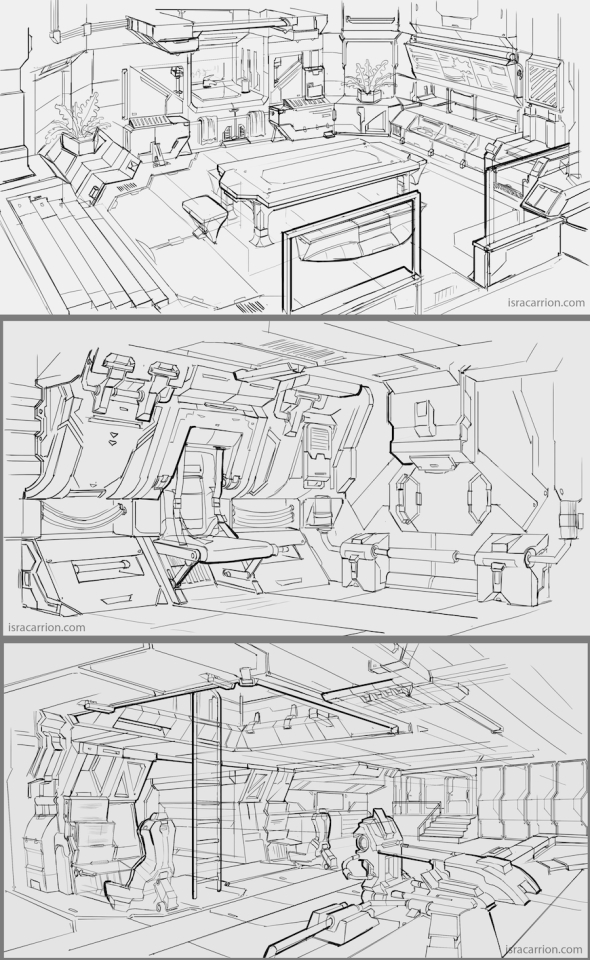 But not only sketched drawing, some painting too, inspired by the very painterly approach of Jong won park. 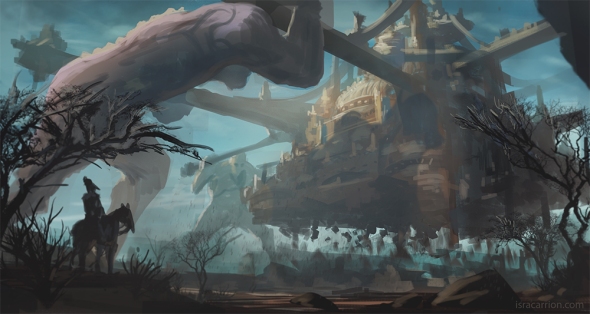 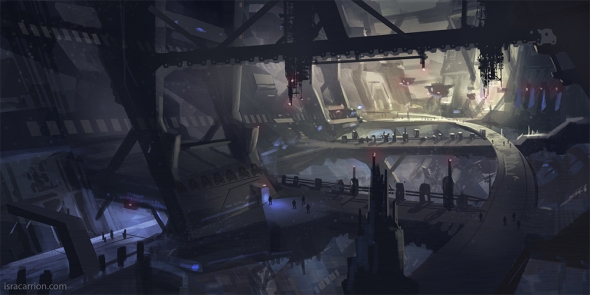 Another collection of spitpaints and failures, they are still fun, because it’s a constant reminder of several points I want to improve in my work. 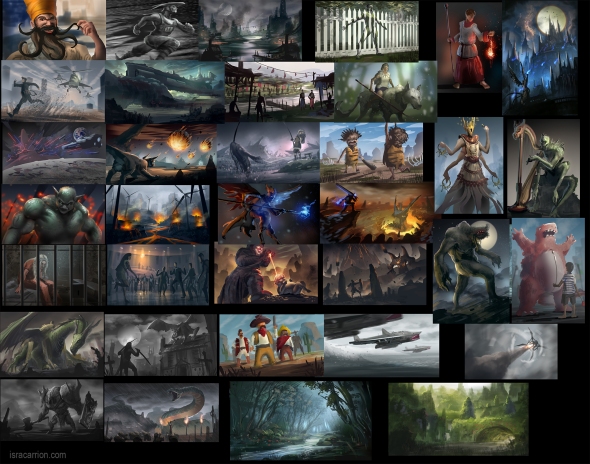 And all the drawings done in the life drawing sessions with model since last update. Still having lots of fun with them, unfortunately  they have been cancelled this month for not enough attendants, guess people prefer the outside in Spring. 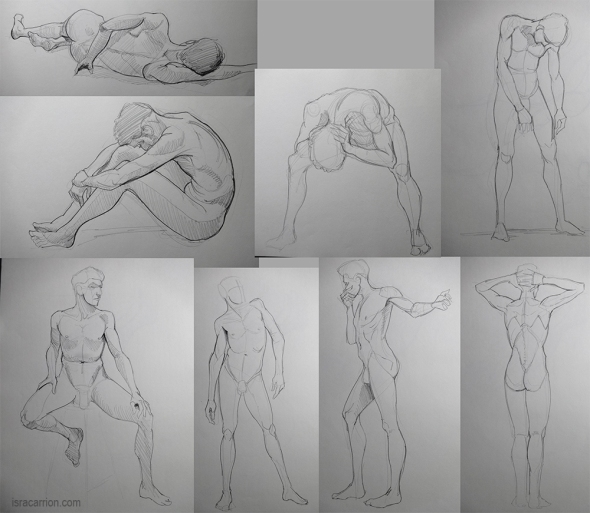 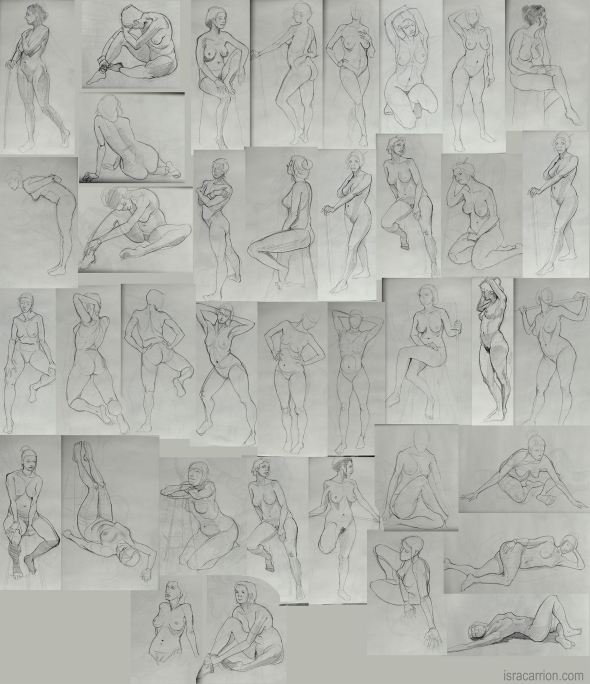 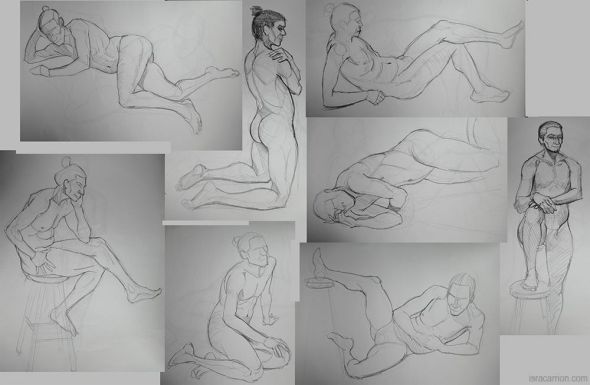 Some drawings from cafe sketch meetings. 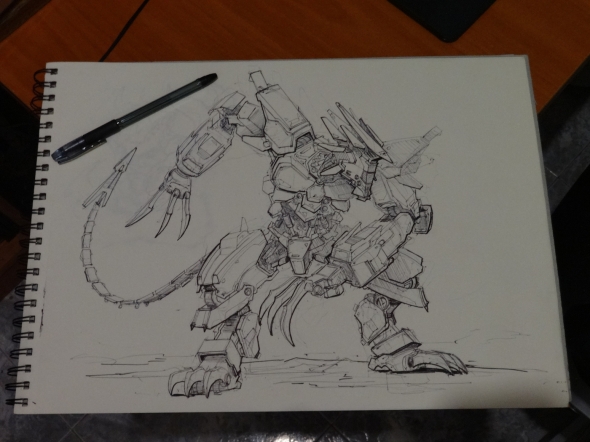 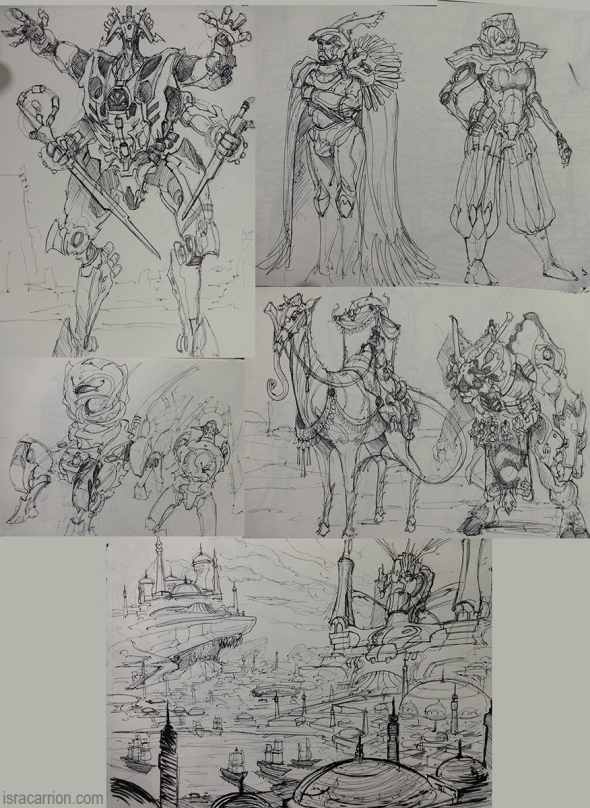 April 23rd, Sant Jordi, is one of the most important days of the year in Catalonia, but I almost forgot. Fortunately as soon as I heard of it I decided to go for a walk around the center of the Barcelona city. Roses for women and books for men, the place was overflown by people, weather was good but still wanted to go the same cafe I always go to draw though alone this time. For my surprise, I found this old library open to the public due to the special day, and I felt I had to draw there, just some sort of study yeah, but motivating to do it in such beautiful place. It wasn’t easy with people taking pictures of me (they might have thought I was part of the visit), children breathing on my ears and other people telling me “good job, you’re so talented!” and getting angry whenever I said “you know, it’s just practice” It was a nice day anyway! 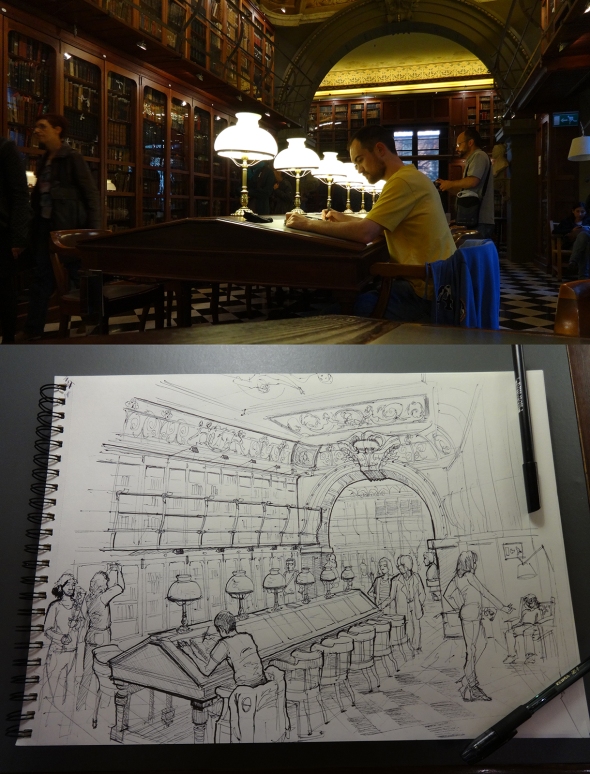 Finally, if in the previous update I was announcing I would be attending The Trojan Horse was a Unicorn workshop in Portugal, now I’m very happy to announce I will be in London too by the end of August for the Industry Workshops.

This entry was posted on May 13, 2014 by alcais. It was filed under Architecture, Artworks, Concept art, Design, Environments, Life drawing, Mech, Pencil, Photoshop, Robots, Sketch, Speedies .