Another awesome day in San Francisco.

At the morning I went to the live demos stage. Wes and Daniel C started painting characters but Nox was late. I really wanted  to see Nox painting but it was a big surprise to me who replaced him: Dave Rapoza. I could talk to him later and he’s such a nice guy. 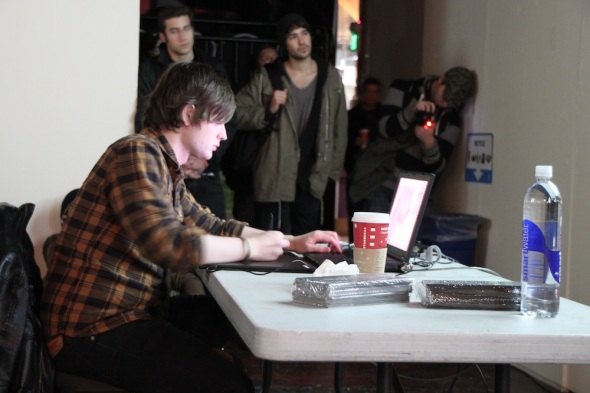 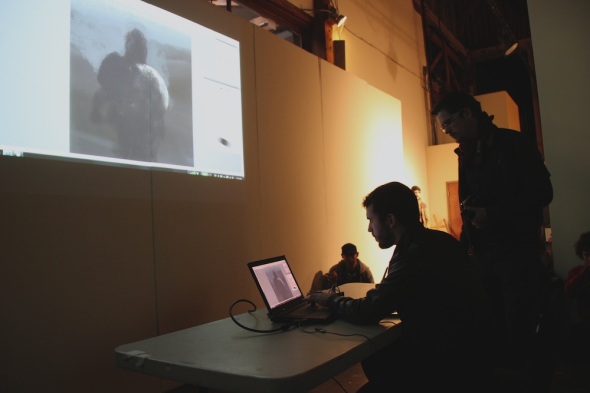 I had lunch at 1pm to avoid lining up later and then was at the lecture about lightning by Matthias Verhasselt. Really interesting, I also asked him some questions after it was finished.

I thought 2:30pm was a good time to get into the classroom, 30 minutes before the class by Marko and Coro start, but it was already pretty full! But I could manage to get a good seat. They talked about what not to do, and letting people ask a lot of questions and joking was not only interesting but also funny.

And the last one but not less interesting, the class about “steampainting” by Joel and Vyle, members of Steambot. We took the sentence “A tough batman jumps on a prison guard in the pavement” and everybody drew the scene in about an hour. Most people (like me) drew on paper with a pencil, but there were a couple of artists who painted on digital and the result was impressive. Of course the work made by Joel and Vyle was impressive as well and we got some good tips for speed painting and story-telling. 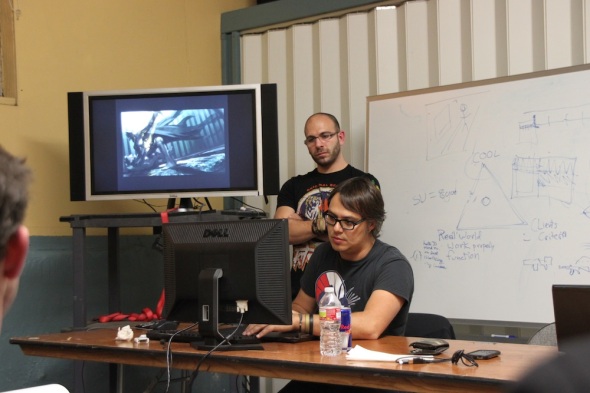 After the workshop we went to another party, where there were some auctions for paintings of different artists. There I talked to Joel (quite interesting conversation including stories from Japan hehe) and finally I could also talk to Aleksi. He’s very nice, I didn’t want to take him too much time but he said me not to worry about that and I could learn a lot from him, specially about comics.

I met other artists as well, and was talking again to others I met the day before. Making good contacts. But the most important thing to me, is how fun it was. I enjoyed a lot the second day of the workshop.

This entry was posted on November 22, 2011 by alcais. It was filed under Events .