Here’s some stuff done for the two last bloodsports. For those who don’t know bloodsports are challenges in the Crimson Daggers community and are a great exercise to improve, and feel part of the community, it’s totally worth and I recommend anyone to give it a try 🙂 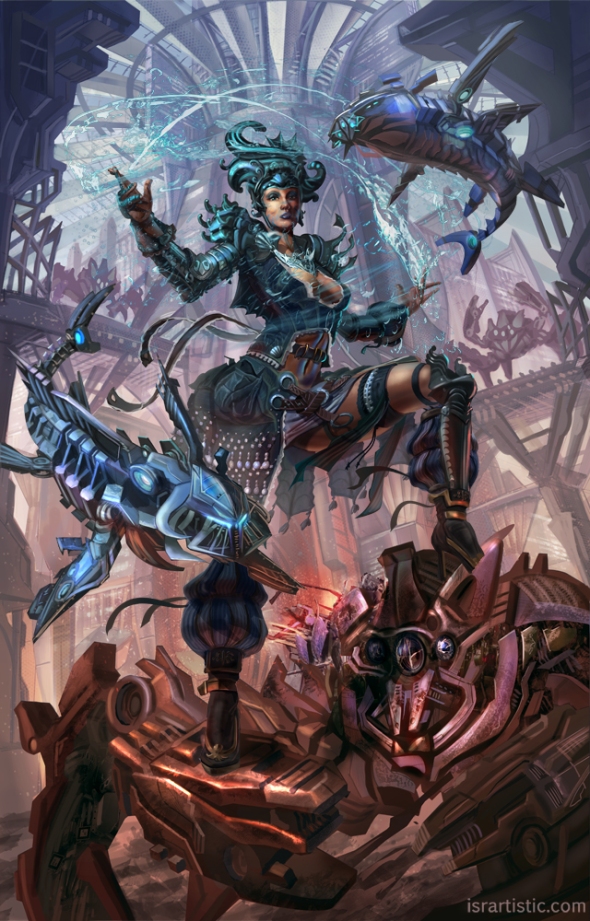 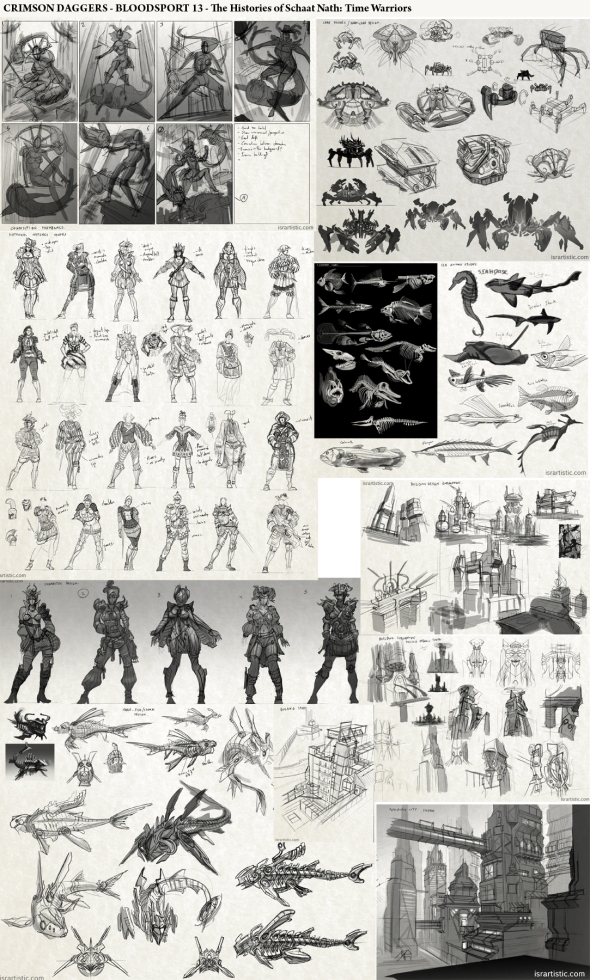 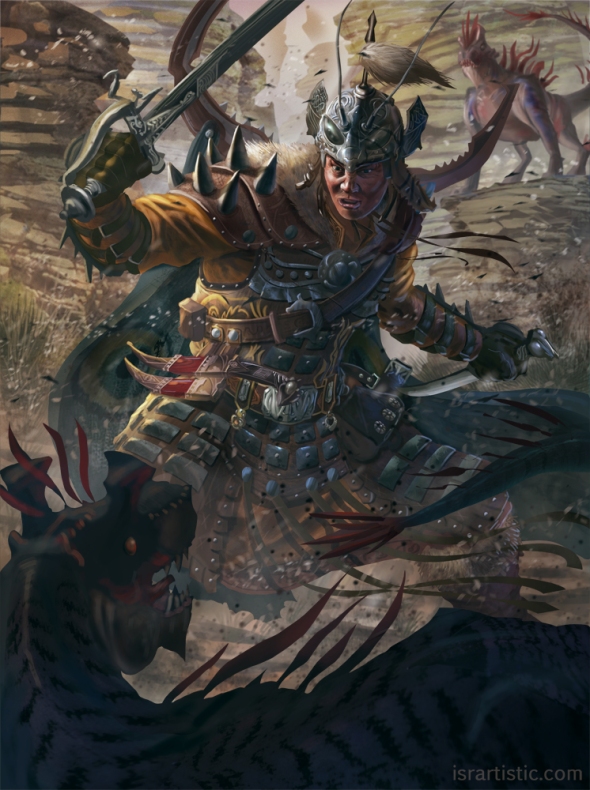 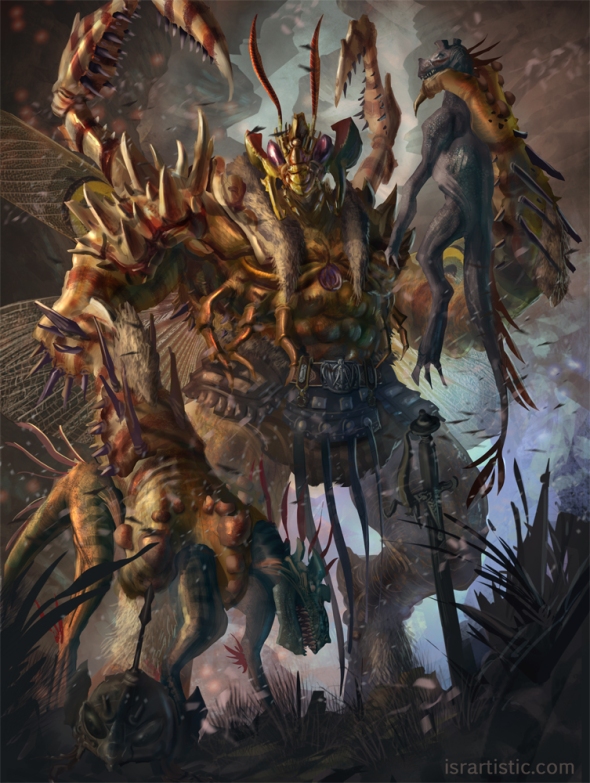 3 weeks of death fail + other stuff

It’s been 3 weeks since I said I was going to start working on a personal project to reinforce my design skills, get ready for FZD and feel it like a real job in some way.

But I failed, I’d like to say now everything was right but it wasn’t, I have to learn from this failure and repeat it again in the future because is something I recommend to anybody.

I painted this illustration just as “teaser” of something that I hope gets bigger with time.

Now I can explain what was the idea, in the 3 weeks, I was goinn to work on a project with a script part written by me and part written by a friend who was going to act as a client. There were deadlines, revisions, etc. And the part of the script I wrote was to set up a story with elements I would not be comfortable with because of the lack of experience but I was interested in.

The point is I wanted it to be like a bloodsports challenge, something where I not only practice, but also study new stuff. So the first week was going to be full of study and the other 2 designing and doing a few more studies if required.

The first week was right, live streaming only 1 hour a day I had a lot of time to keep focused studying.

END_OF_DOCUMENT_TOKEN_TO_BE_REPLACED

My entry for the bloodsports challenge #11

The bloodsports challenge #5 was about redesign one of the top miyazaki films. I started working on an illustration based on Princess Mononoke (one of my favs) but didn’t have much time so I didn’t finish it.

After a while I got back to it and with a few days working on it I finally finished it.

I don’t usually paint fan-art, but this was for the bloodsports challenge, it’s a good way to get exposure and…..yes, I like this movie so much XD

As for any other bloodsports challenge I made an image with the making of. 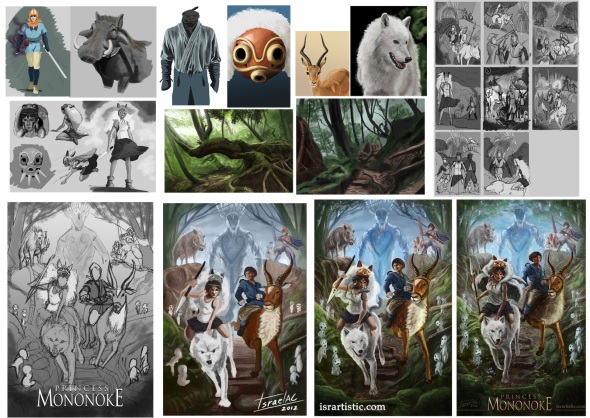 And these are the studies from the previous week, only a few this time, pretty bad. The thing is that now I try to relate the studies to the paintings I work on, but last week was mostly refining old pieces. These studies were for the creatures designs.

I submitted my entries for those challenges but I wanted to spend a bit more time before including them in my portfolio. Now I’m done with them.

Bloodsports #9 is over and I learned a lot but again at the end I wasn’t able to finish the illustration, but I’ll continue working on it in the future. 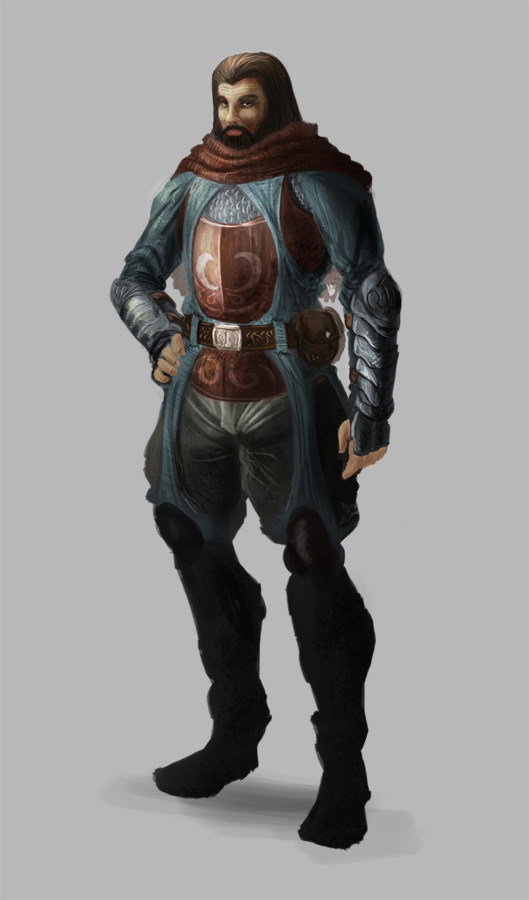 For this bloodsports I have to work on a cover with mechs so I spent some time to learn how to draw then before jumping to the illustration. Here are some sketches drawn after my studies.

Bloodsports #8 is over. I submitted it last night but I didn’t post the final illustration yet because I want to refine it a bit more. I wanted to show some of the material I did for the process though.

All these studies are related in some way to the Bloodsports #8 as the sketches I drew on livestream are. I need to start using my studies in a smarter way (not every study needs to be super rendered and polished) and apply them.

As last words, I want to say that I painted the female bust study following a tutorial by Daarken. You can find it HERE.

UPDATE: I forgot to say that for the third session of gesture drawing I used this website:

I forgot to upload these sketches here. I drew them on Tuesday, got a crit from Trevor and Kekai, and other Daggers, fellow artists and friends voted for their favs and gave me some feedback. Thanks everybody!! Now after two days not much productive (that happens) I’m working on the final concept for MAX MARNSTEN 2099!!! 🙂

This time I have no excuses, I have to submit something for the Bloodsports challenge. The environment design course’s over, and that was the main reason I wasn’t able to finish my entires for other previous bloodsports (hopefully I can someday finish my poster of Princess Mononoke which is the one I had in a more advanced point).

You have all the info related to the new challenge HERE

I’m going to work on the Sci-Fi IP, and this morning I was drawing the first sketches on my livestream session (I will do the study later tonight). I will draw more variations of the character but here are the first 8 (I drew 2 more but they were horrible).